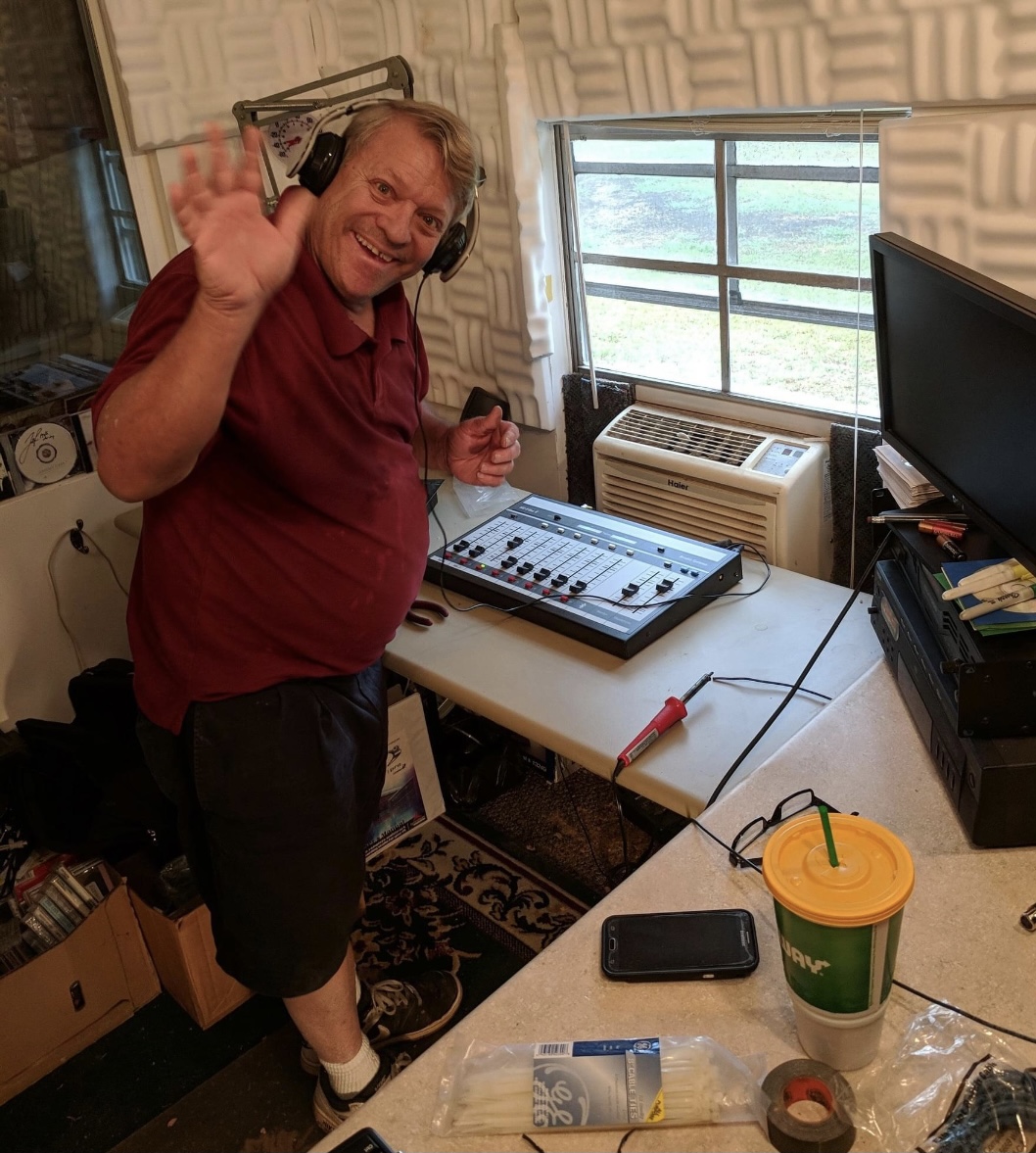 Robert Hart is part owner of Taterpatchradio. He also is the IT TECH for our station. 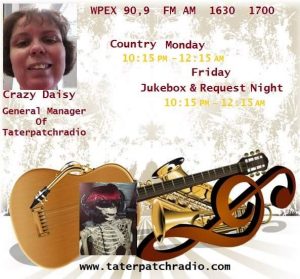 John Hart the youngest of four children, Born on September 25, 1953 of Louise Benson Hart and Andrew Milton Hart. Passed away on February 2, 2021 at the age of 63. John Hart had five children, Robert, Erica, Heather, Jenny, and Mathew.  Six grandchildren, Ava, Kaden, Aria, Ivy, Jack, and Atticus.  He is also survived by 3 Siblings, Tommy, Jane, and Judy. Known for his exploits with radio, John has been the person behind the microphone in most of the radio stations in South Side Virginia for the last 3 decades.

John Benson Hart passed away February 2, 2021 in his home in Blackstone, VA surrounded by family.  From an early age John had always been a tinkerer, and was known to take things apart, sometimes with the unfortunate result of being unable to put them back together.  In his teens he discovered his passion for Radio, and set about creating his own radio station, much to the FCC’s dismay since at the time he didn’t have a broadcast license.  Still he persevered and in time moved to Kenbridge and was able to start his own licensed radio station WPEX FM 90.9.

John Hart has also worked at every local radio station in an engineering capacity at one time or another.  His actioned have enabled stations such as WBBC, WKLV, WVHL,WPZZ, and WDZY to remain on the air, and broadcast through sometimes inclement conditions.  If you have ever turned the radio on to listen for school closings over the last 3 decades there is a good chance John Harts actions have made this possible.  Thousands of individual lives have been touched by his actions over the years, most without ever knowing the man who made it possible.

He is survived by 5 children, 6 grandchildren, and 3 siblings, though the influence of his actions will be felt by all in southside Virginia. He will be sorely Missed.

​Due to Covid restrictions attendance will be limited but the funeral will simultaneously be streamed here as well.

​Flowers can be sent to the funeral home.

I’m the one that’s got to die when it’s time for me to die, so let me live my life the way I want to. – Jimi Hendrix

Russell Lynch – Not only is Russell Lynch but a song writer. Sings Country Music and plays country music every 2nd Tuesday of the Month. 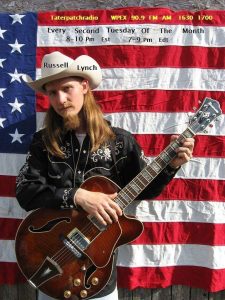 “Morning Praise” with Steve Battaglia every Monday through Friday 7:00 a.m. – 9:00 a.m. EST: Music and meditations for your morning to direct your attention, attitudes, and affection to God. With the classics of contemporary Christian music from the 1970’s to the current day, Scripture readings, short feature programs, and spoken thoughts, we will gather around such as these to help us to praise God in our morning He has given us. 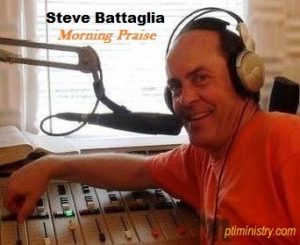 DJ Ron – plays music that calms the soul. As he takes you on a ride on the soul train, he plays music like jazz R&B music Thursday 10PM till Midnight.

Soul Of The Blues With Cassie CJ Fox is a Live Radio Show and also a two hour syndicated show. It’s a Top 40 personality and information style delivery, presentation complete with artist information, concert and Blues News, topics and mentions on the live shows. There is always a backsell and presell of the songs.  As Cassie Says “Its a Funky Trail Ride thru the Juke Joints Of Your Mind” DJ Cassie Fox Show is Monday 5PM – 8 pm.

Traveling Hillbilly – He is a good o’l Hillbilly that lives in Virginia that does live remotes. 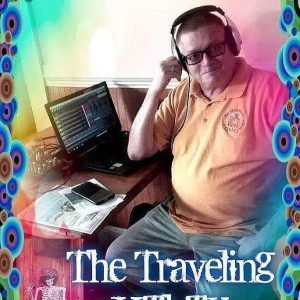 Roger Jackson – Meet Dj Roger our Soul, disco tamla Motown DJ. He is a great Presenter that DJs for us all the way from England. He is on from Monday through Thursday from 11 am to 1pm. Listen on #tunein Wpex 90.9 FM AM 1630 1700. 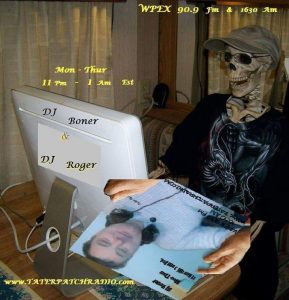 The Tez Mess – Bringing Back Real Radio – Broadcast At A Time I bring you Radio the way it used to be with a high energy broadcast with all the jingles with great flow and timing to keep you engaged. Join me every Monday-Friday from 9-11am EST as I wake you up by jump starting your morning with classic hits, classic rock, and GREAT INDIE along with your requests and dedications and some giveaways! A Studio line is coming soon? On Thursday’s 3-5pm EST, it’s The Tez Mess Indie Show showcasing my indie artists that you know and love! Also join me every Sunday from 3-5pm EST for TezTament Radio, an uplifting Christian Contemporary and Rock broadcast with positive hit music along with some Indie Artists and some scripture. #CatchTheFever #TheTezMessFever 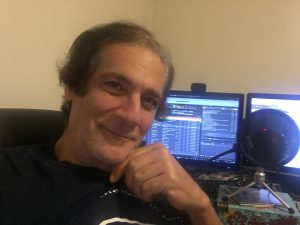 Peter Haynes – Peters Show 2am thru 4am. Hi to all listeners to Tater Patch Radio – the station that just oozes warmth and great company. The show comes to you live from Whitstable, a coastal town down in the South East of England. We know it as, Rise & Shine-The Breakfast Show. It first went on air back in 2015and has kept gong since then. Same presenter all the time. The most popular features are “The Love Songs.” Broadcast at 20 minutes past each hour. If you’d like a particular love song for someone you care for, just email me at kalypsogoldradio@gmail.com Same applies if you’d like anything else played for whatever reason. 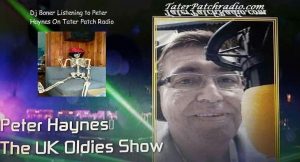 DJ Russ (part time dj) Music Hits playing on Saturday 8AM till 10AM. Please email your request to the following address djruss99@yahoo.com. But please remember to keep your request clean because we are a family based station. 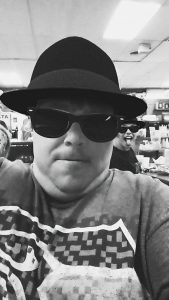 DJ Brendan Mee Live from the heart of Ireland, Every Friday from 2pm till 5pm. Playing good music.

DJ Allen Krusz. The Allen Krusz Show! Where the Voices of the World gets heard! Monday through Thursday 1PM till 3PM. 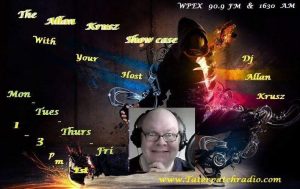 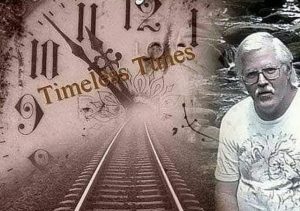 DJ Alectra- Music Evolution- is about a thought a feeling a smile or a sigh. Presented by DJ Alectra from Nc.. Guaranteed to brighten your day. Just come on into taterpatchradio. On Fridays 8PM till 10 PM Est. 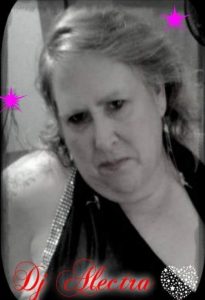 DJ Andy Tee – Andy T. plays a show called the Golden Hour. He brings you great music that takes you back to the golden years. The songs that you remember your grandmother and grandfather dancing to. Monday through Friday. Monday Andy has a extra show with us in the afternoon @ 3 till 5PM est. All the way from UK he brings you great oldies and soul music. 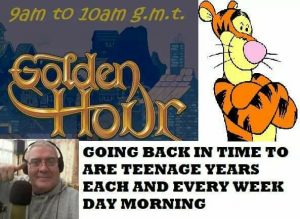 Dj Ryan is on Saturday Night from 11 till midnight. He has been with taterpatchradio for a while now. He’s a talented young man who is learning more about music between working church and volunteering. Now he is going to come back and dj for us. He will be playing oldies music. The Saturday Night Oldies Show. So don’t miss this show folks its only one hour but its worth it. Again his show is from 11PM till Midnight. 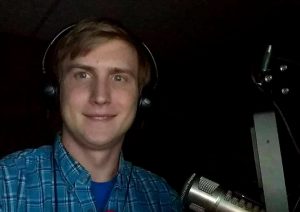